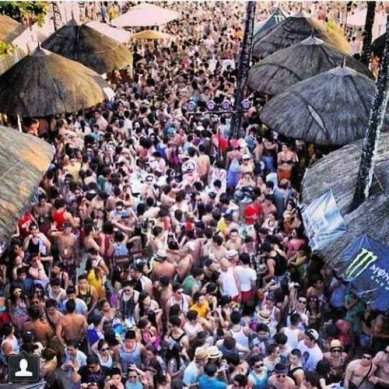 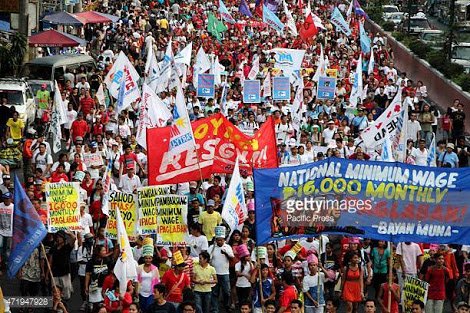 But unlike other National holidays of great significance, Labor day has rised into becoming THE holiday for going to the beach and having a great time, largely influenced by the iconic  “Laboracay;” wherein many go to the beautiful beach Boracay, to relax and have fun. It’s like a huge party in this entire island with thousands of people. Many even mistake Laboracay as an actual cultural festival. Given that this has become a yearly tradition, airfares go up, hotel rates are expensive, and only those who can afford these can go.

Now let’s back up a little, what is Labor day about anyway? This is the day when we are supposed to celebrate the roles of the workers of the nation and their contributions to our society, but also, the day we remember the continuous struggles the workers of this country face. So on the other side, are thousands of workers who march for their rights. The right to security of tenure, a just living wage, a good, healthy, work environment, and benefits. Where we scream to put an end to unjust labor practices such as contractualization, that robs the Filipino worker of security of tenure, social security, rights and benefits of a worker. In the Philippines, minimum wage is no living wage, and those who work the hardest, the longest hours, earn the smallest. Those who march the streets are those who are desperate for even an inch of a chance for a good quality of life. While some workers march the streets, others must continue to work, especially those who work in the service industry, selling things they will never get to buy, serving in places where they could never afford to eat. That, is the social reality.

These scenarios show an individualistic society, and the loss of a sense of community, and the gap between the rich and privileged and the poor.

67,000 people are expected to attend Laboracay this year, if we had those numbers marching in the streets, we can make our voices so loud that this government will have no choice but to listen.

Join the Labor Day March! Fight for the rights of the workers of this nation!

View all posts by marlinacarlos